Disarmament is a hot topic in many martial arts. In this video, I want to show you how difficult and dangerous this can be in a real situation. 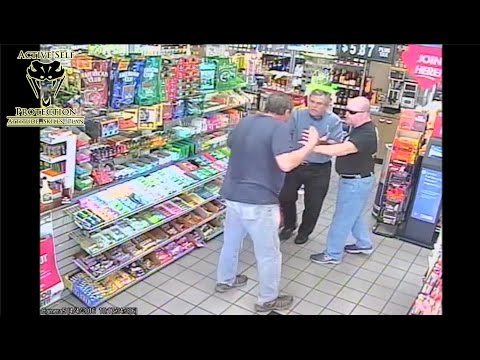 Would you take the path taken by this legally armed firearms trainer? Would your other abilities get to the front, or would you shoot him as well?

What does this video teach us about defending against an attack?

Life in self-defense must be devoted to avoidance, de-escalation and escape whenever possible. You win 100% of the battles you don’t get into, so commit to escalate, escape or avoid any clash you can. Good situational awareness will give you more time and opportunities to see the issues coming and formulate a plan to stay away and protect yourself without danger to yourself or others. This is always our first choice as self-defense. This legally armed firearms trainer seems to be quite trying to de-escalate and escape, and that was a wise decision – in my opinion – that probably drove the DA.

Is it worth shooting him?

The debate is probably as old as a fireplace, and many people have differing views on the use of weapons. In this particular case, the shooter looks disarmed and in some countries it is not allowed to shoot him, even if you are attacked. The use of weapons is relatively high in the United States, while most countries in Europe are not allowed to carry weapons, except in special cases, such as when you have a very good reason or your work involves protecting needs and / or people.

Many martial arts trainers and masters teach how to disarm a weapon. Is it right to teach students these techniques? How many of these techniques are really useful in this situation? Usually, the position of the attacker is very different from the position used by the professions in the video. People who are used to wielding weapons do not point the weapon in your face so that you can easily disarm it. When you take a closer look at the end of the video, when the coach shot the attacker, he brought a weapon with his hand in the back, which does not allow any disarmament technique.

What is your weapon disarmament technique?